Müller Möbelwerkstätten has been developing and manufacturing high quality furniture in northern Germany for more than 140 years. The medium-sized family business with 40 highly qualified employees is led by Jochen Müller, who continues the long craft and furniture tradition in the 5th generation. 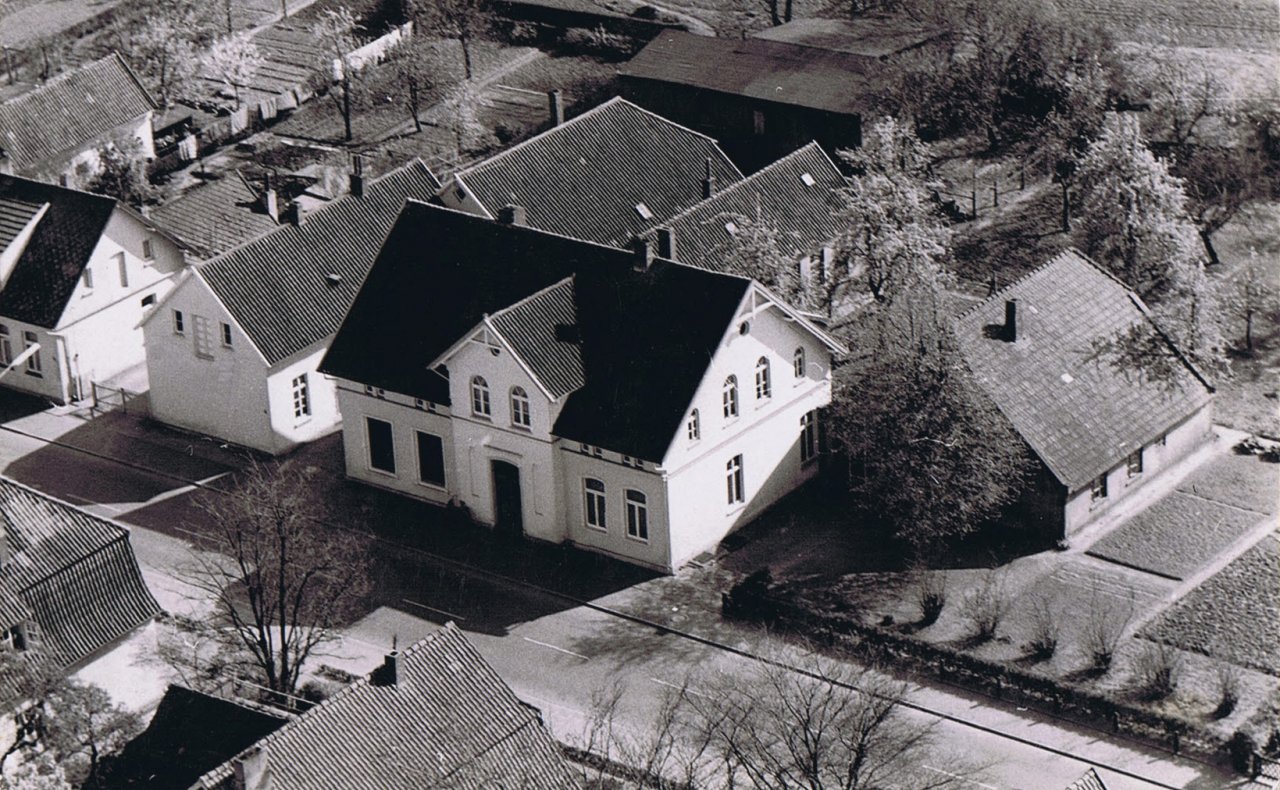 Excellent design furniture
The own design collection was first presented in 1971 at the furniture fair in Cologne. Since then, new products have been created year after year in close cooperation with renowned designers such as Jan Armgardt, Rolf Heide, Michael Hilgers and Felix Stark. Many designs have been awarded national and international design prizes.

Our classic: the stacked bed
The most famous product is the unmistakable stacked bed designed by Rolf Heide in 1966. The modern classic made of plywood embodies the design concept of the company in a special way.

Our design philosophy
The design philosophy of Müller Möbelwerkstätten is derived from the German understanding of design and quality. Clear forms, meaningful functions and the renunciation of any fashionable short life are essential features of the products. The use of modern, unobtrusive materials such as aluminum and plywood, of course, also has an international character, as well as the concept of mobile living, for which, for example, the Konnex shelving system by designer Florian Gross, which was also awarded by the German Design Council.

Sales are made throughout Europe by more than 400 furniture retailers and selected mail order companies. Every year, Müller Möbelwerkstätten presents innovative novelties at the International Furniture Fair in Cologne. Müller Möbelwerkstätten is also active in shopfitting and commercial construction and realizes in close coordination with customers and architects outstanding interiors such as shop fittings, exhibition stands, hotel furniture and office equipment.

Here we come from
Gerhard Wilhelm Oetken laid the foundation stone of this traditional company when in 1869 he founded the former carpenter's workshop in Bockhorn. 30 years later, his son August takes over the craft business and builds in the Urwaldstr. 8 the parent company, which still serves as the company headquarters today.

In 1936, the name changes when Wilma, daughter of August Oetken, marries the carpenter Fritz Müller from Neuchâtel. In the small manufactory at this time crafting sophisticated individual furniture, such. Cabinets, beds and chests made.

Only when the son Dierk and his wife Erika took over the joinery in 1969, followed the step into the industrial mass production of furniture. The company now operates under the name of Müller Möbelwerkstätten and develops, produces and sells from now on modern series furniture designed by architects and designers for the company.

In 1971, Müller Möbelwerkstätten exhibited for the first time at the renowned furniture fair in Cologne, where it presented innovative, dismountable and transportable furniture. Since then, new products have been created year after year in close cooperation with renowned designers such as Rolf Heide, the design bureau kaschkasch, Michael Hilgers, Felix Stark and many more.

Many designs have been awarded with national and international design prizes, such as the design award of the Federal Republic of Germany 2012 for the shelf "Konnex" or the interior innovation award 2003 of the imm cologne for the "stacked bed".

The national and even international ambitions are successful and cause the company to expand. The company premises will be expanded, production halls will be built and the machinery will be modernized.

1979 is the year of birth of the emform collection. In collaboration with various designers, a new collection of home and office accessories is being produced on an "extended workbench" in Germany. The timeless and high-quality products are mainly made of chromed metal and underpin the high design competence of the company. In 1984, the emform collection is outsourced to an independent company.

In 1994 the next big expansion step of the Müller Möbelwerkstätten GmbH follows: the construction of a further production hall and the integration of a modern surface department doubles the production area.

In 2003 son Jochen and his wife Katja strengthen the management of the family business. The expansion of their own furniture collection, the intensification of marketing activities, the stronger focus on cooperation with retail partners and, last but not least, increased efforts in e-commerce are the guarantors for the sustainable success of the company.

In 2015, the construction of a new logistics center will take place. Behind the new production hall space for additional stocks is created to ensure a shorter delivery time.

In 2016, a special birthday will be celebrated at Müller Möbelwerkstätten. The stacked bed by Rolf Heide celebrates its fiftieth birthday.

2018 erfogt the brand reload. Instead of being "Müller Möbelwerkstätten", you can now clearly and easily be seen as a miller. At the same time, the previous logo was completely redesigned. The previous geometric signet has been exchanged for a significantly reduced brand, which receives its recognizability in particular by the two vertically superimposed points at the "ü". 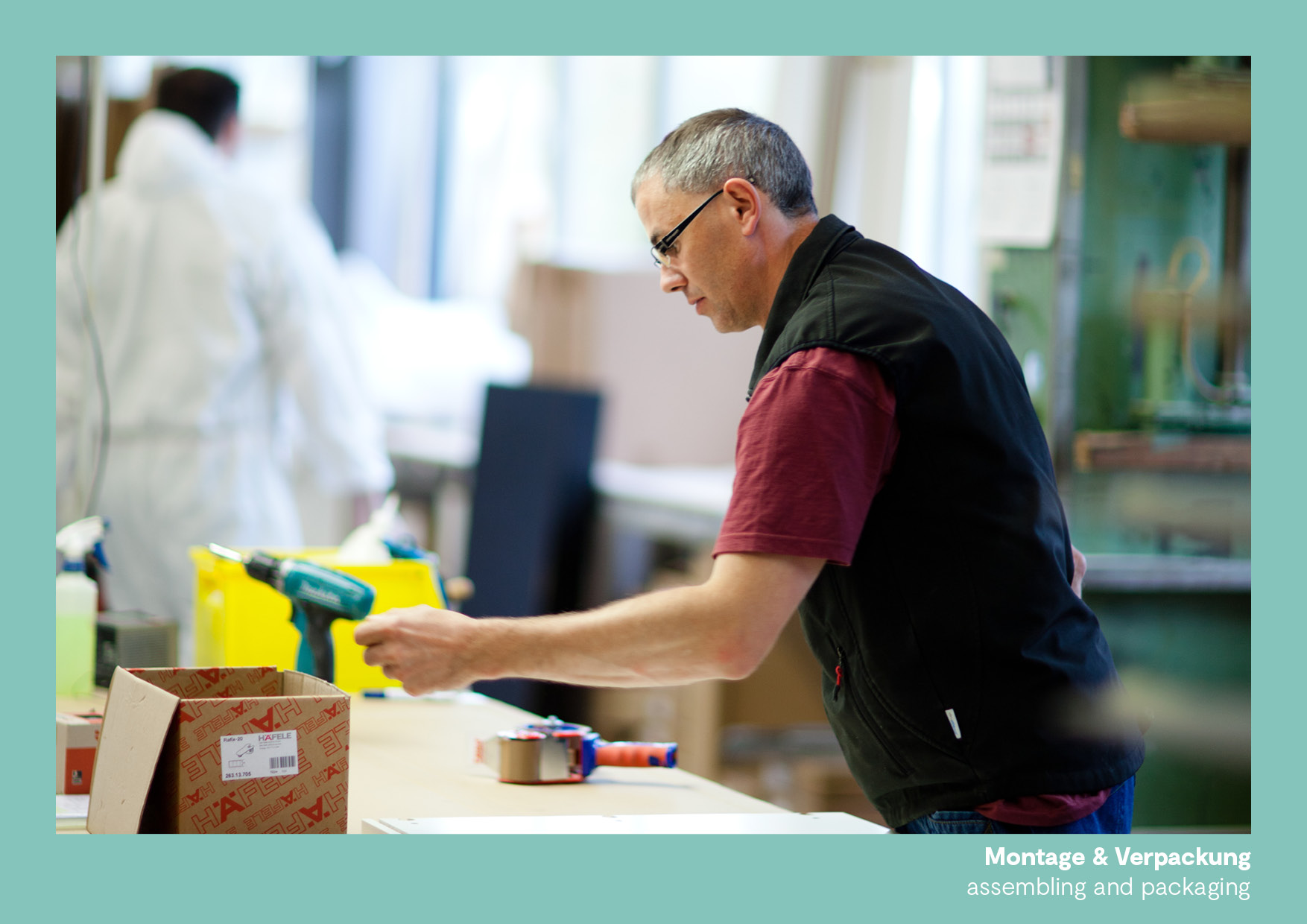 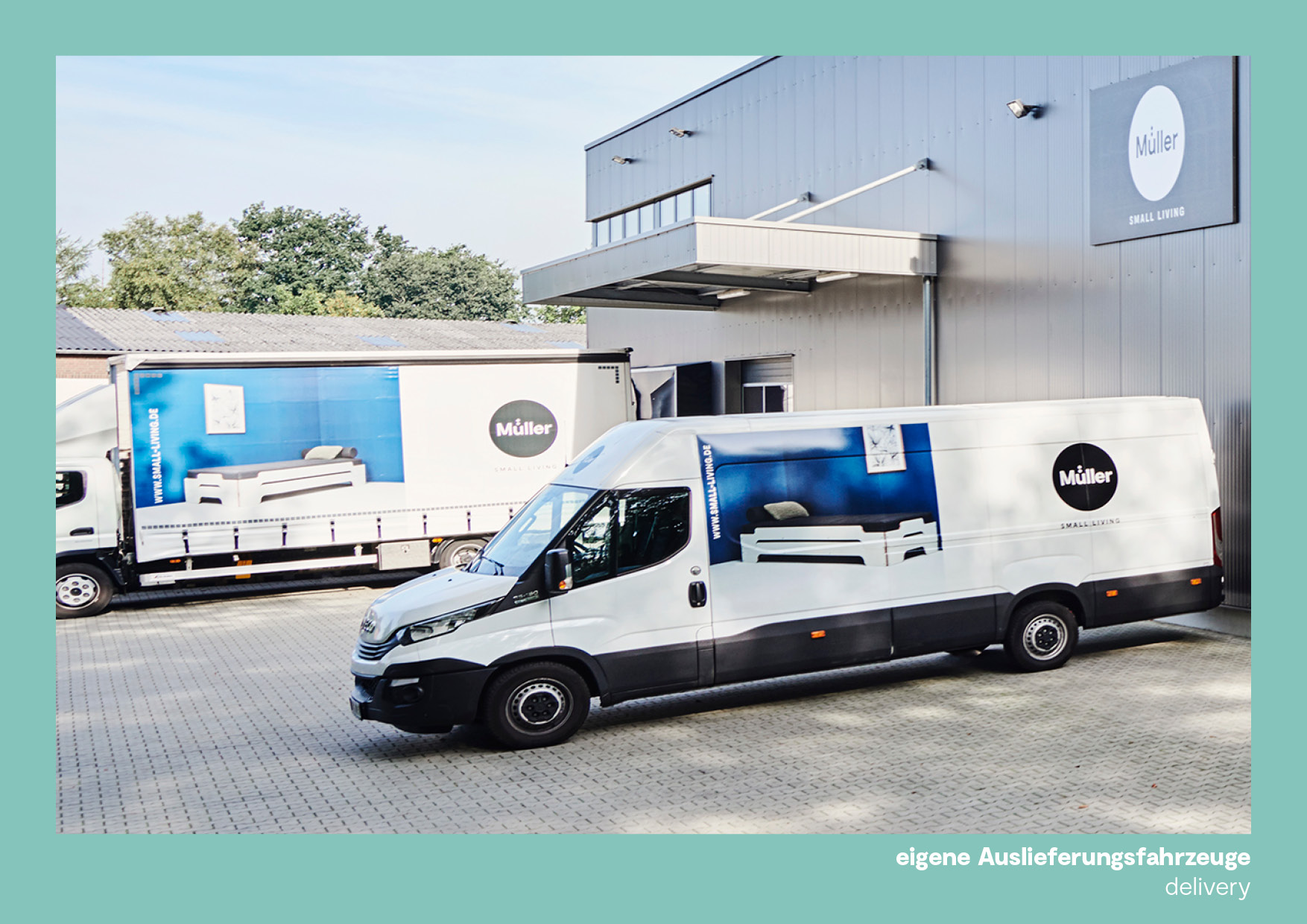 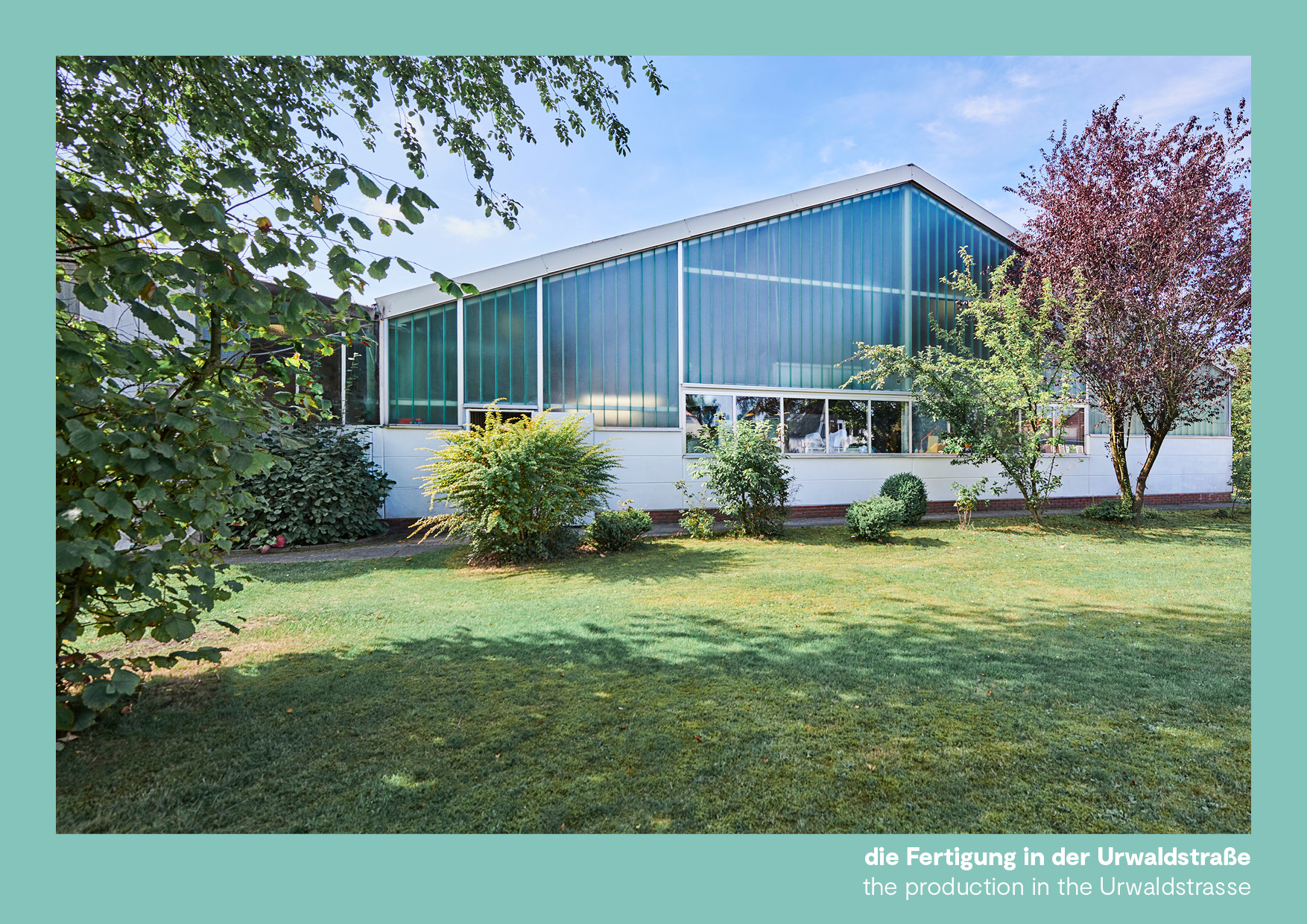 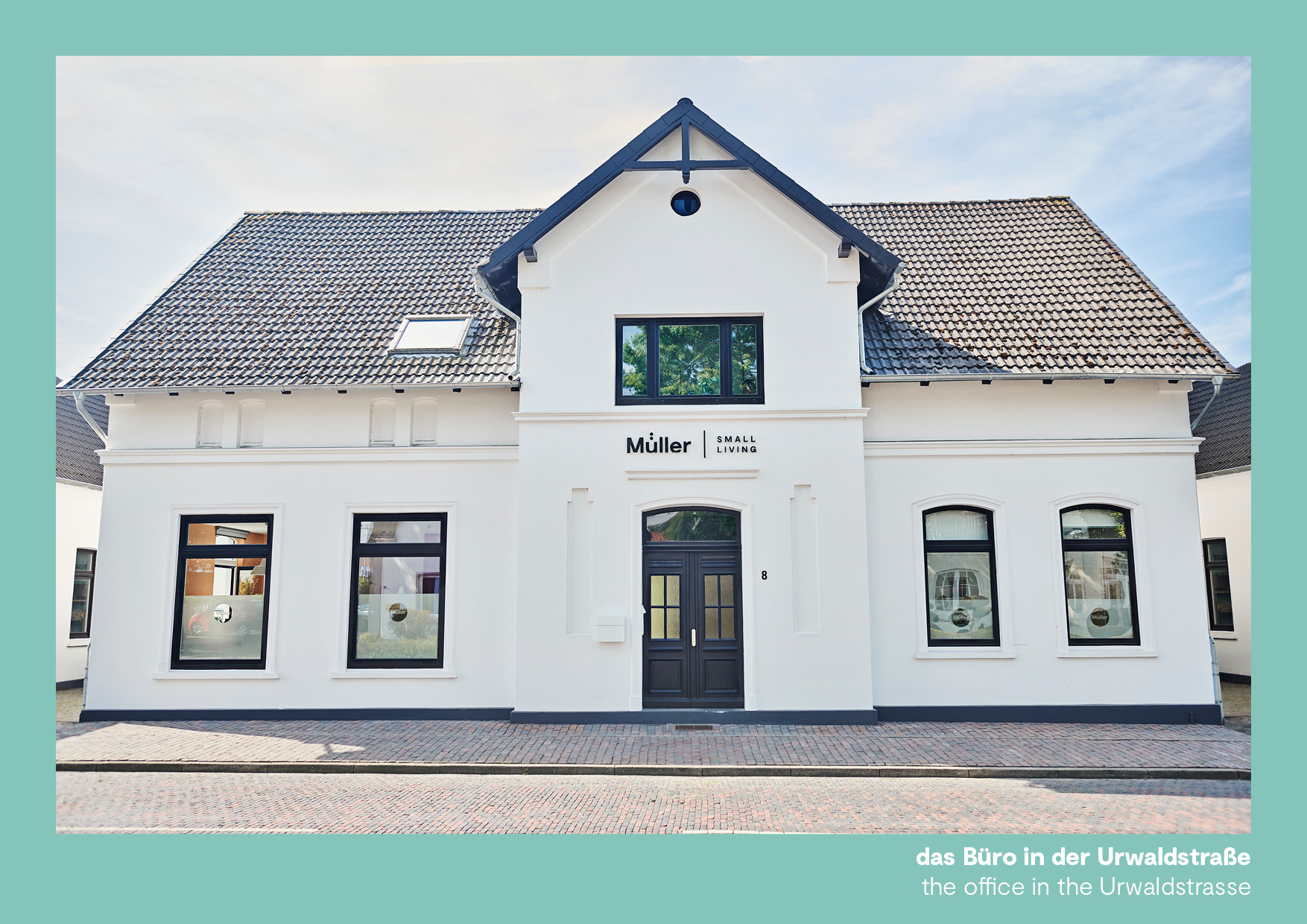 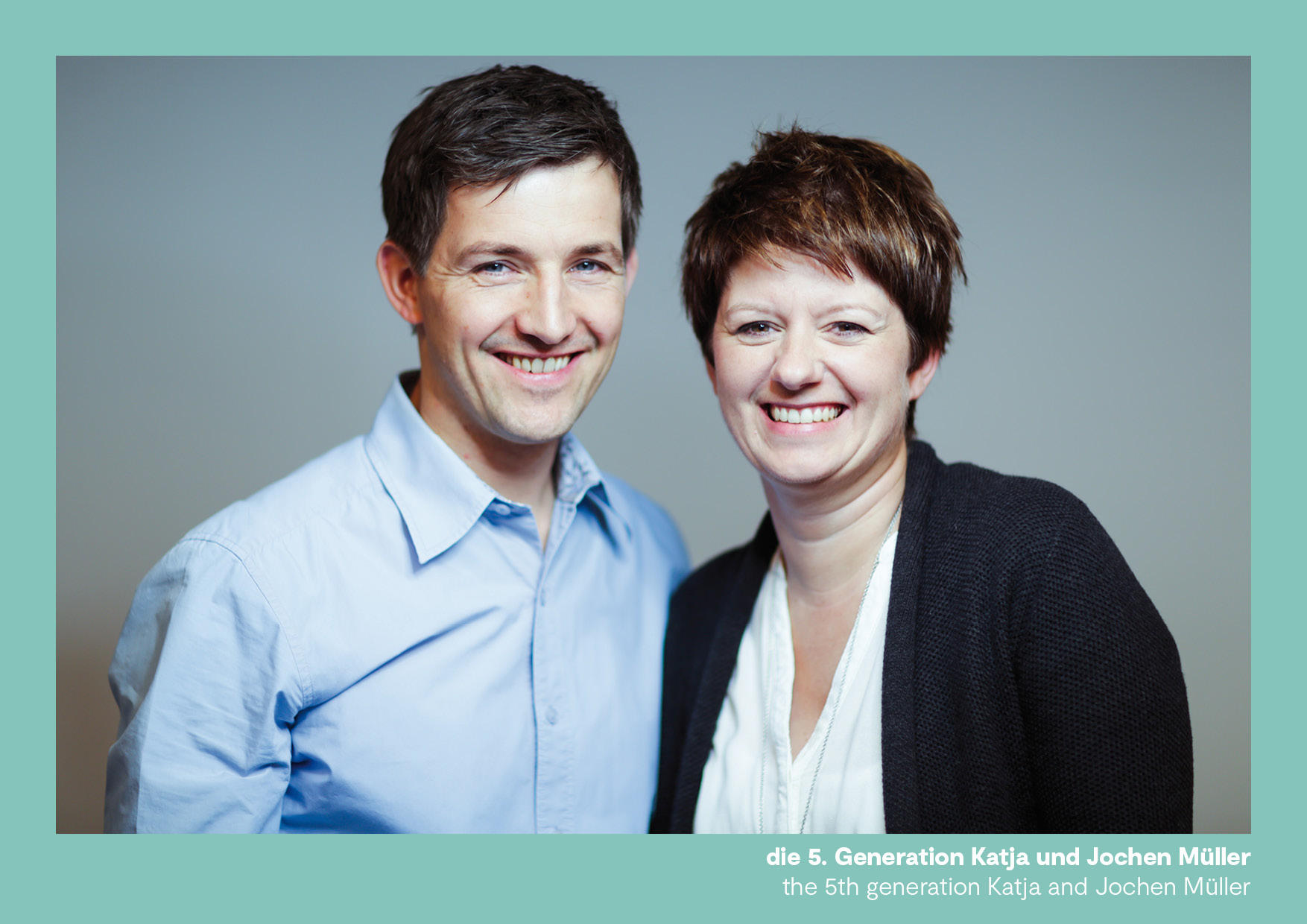 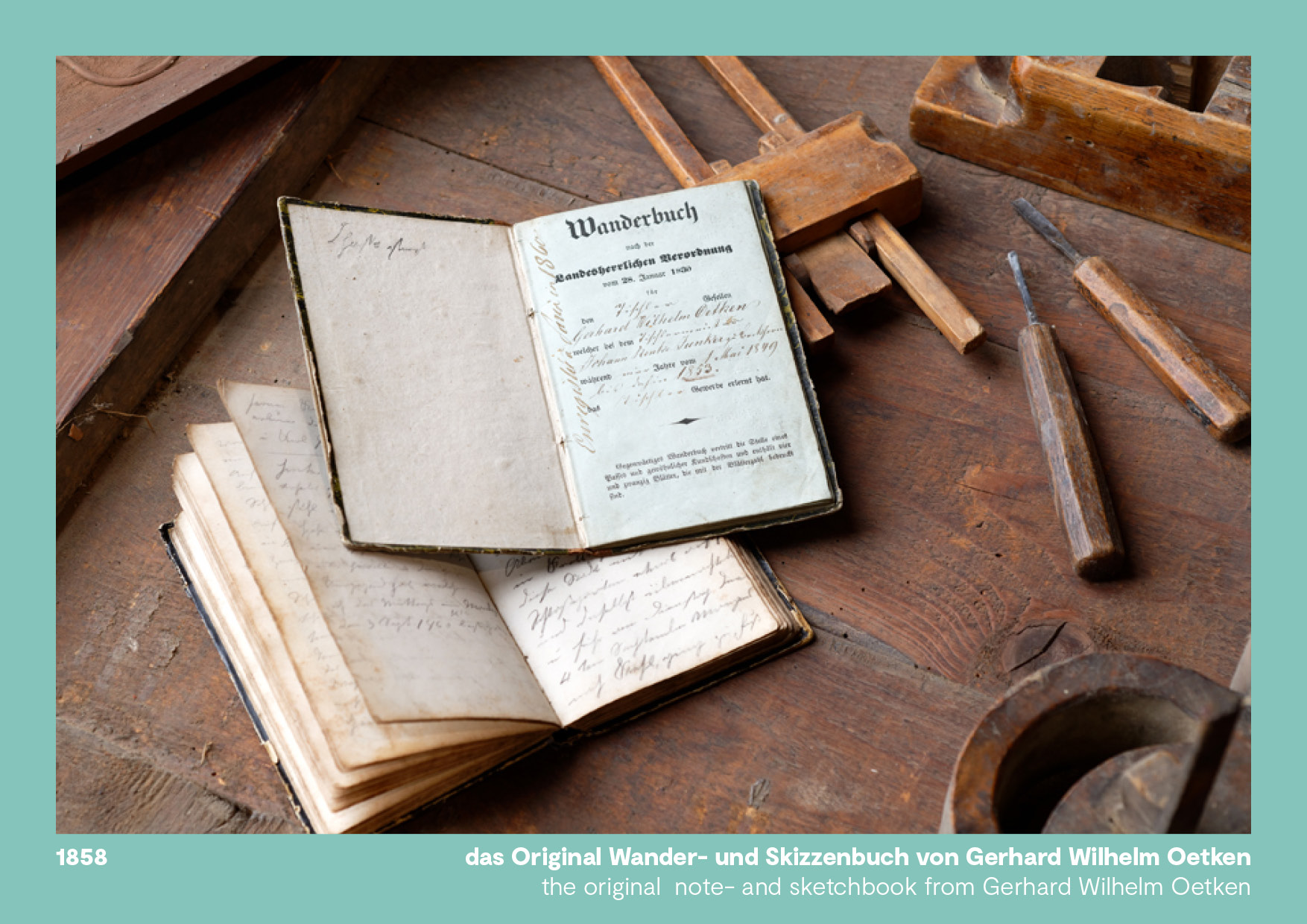 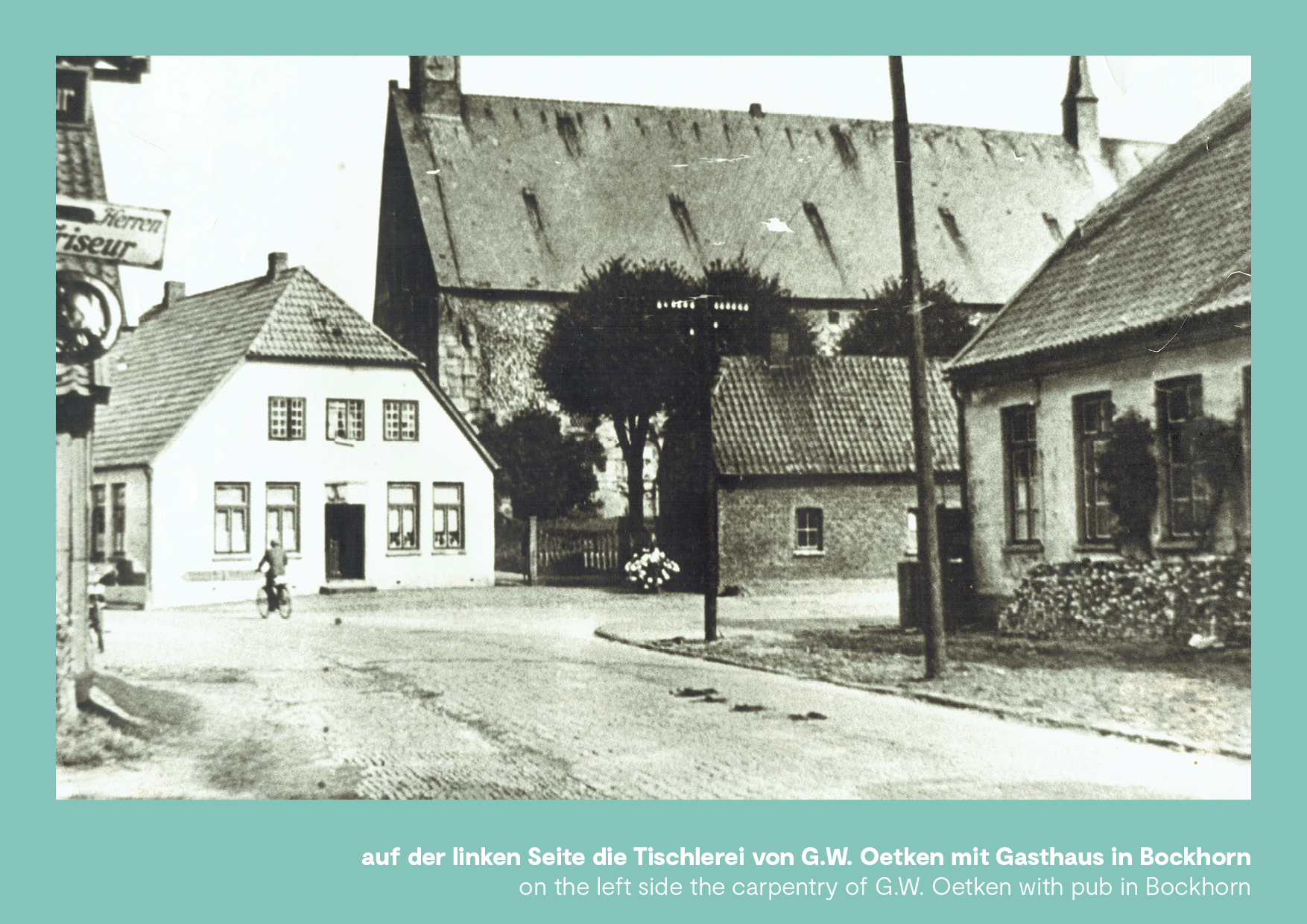 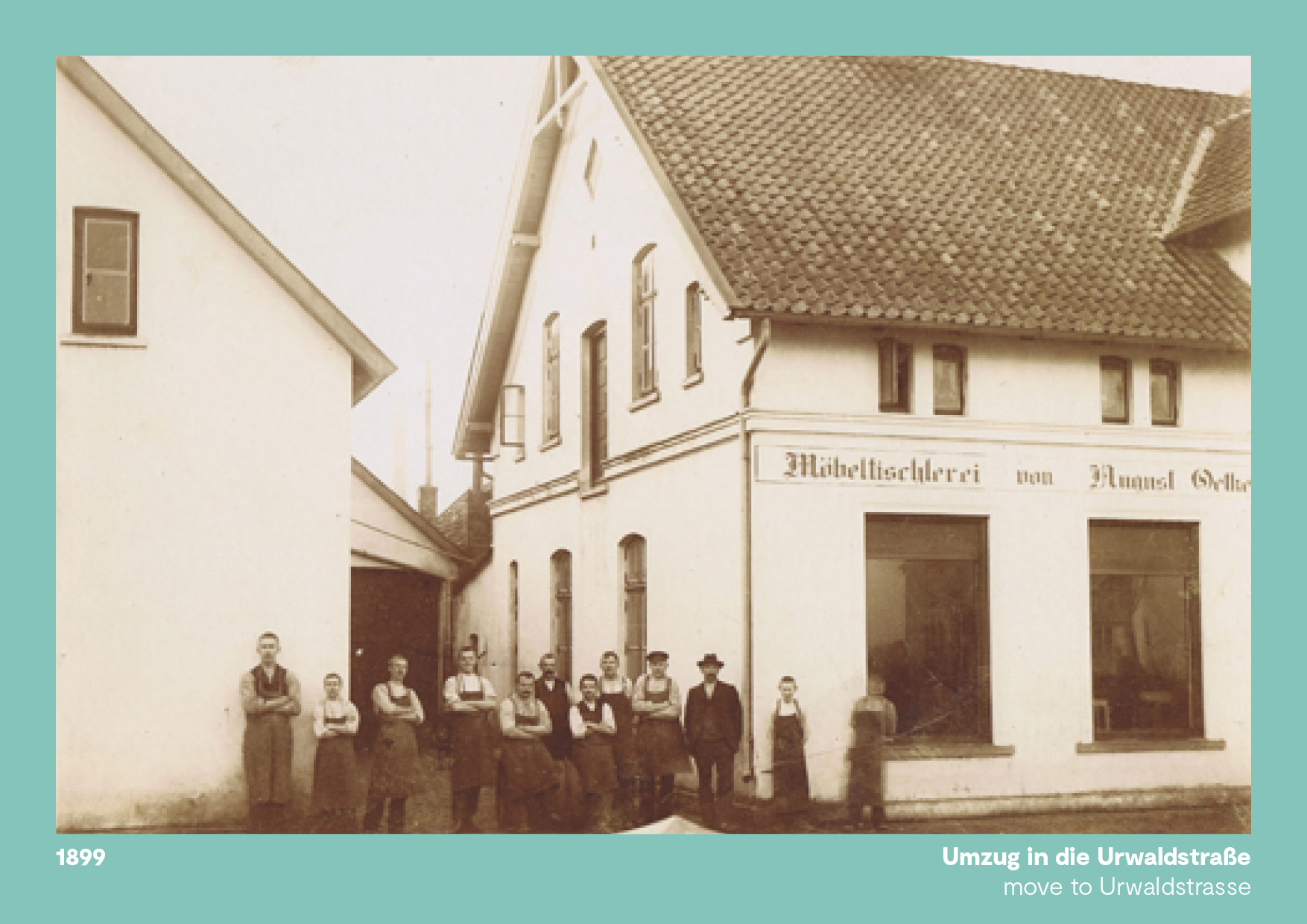 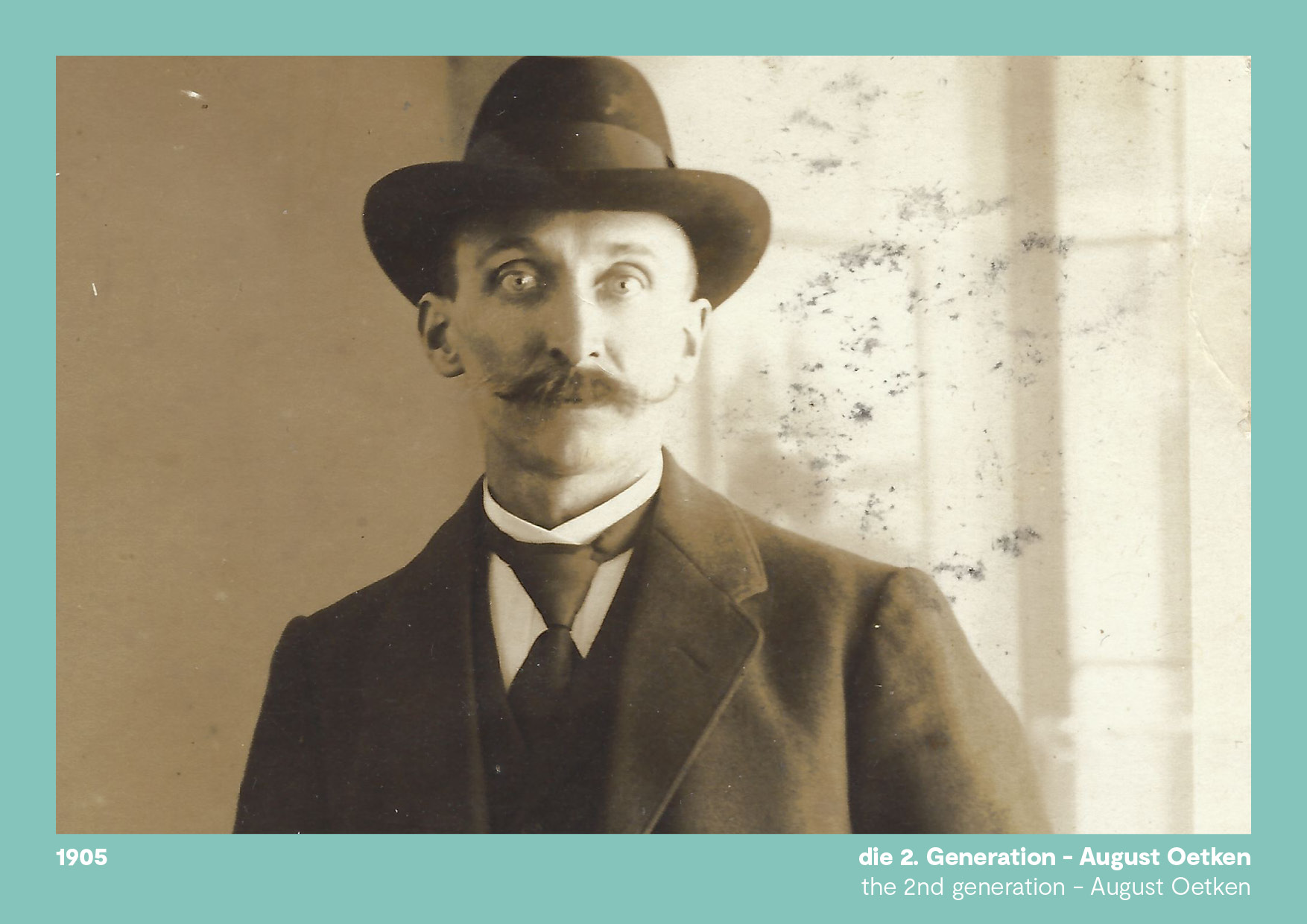 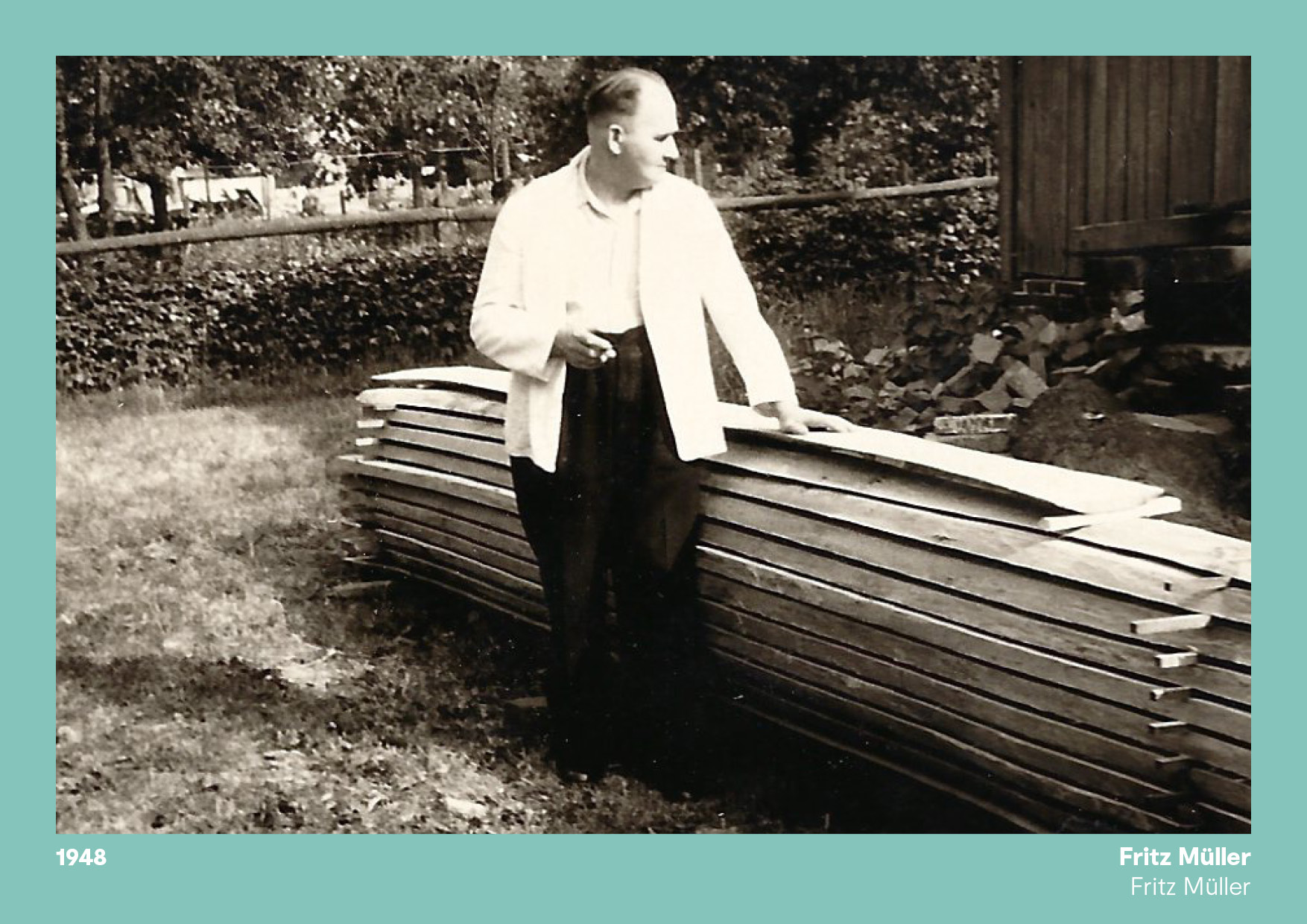 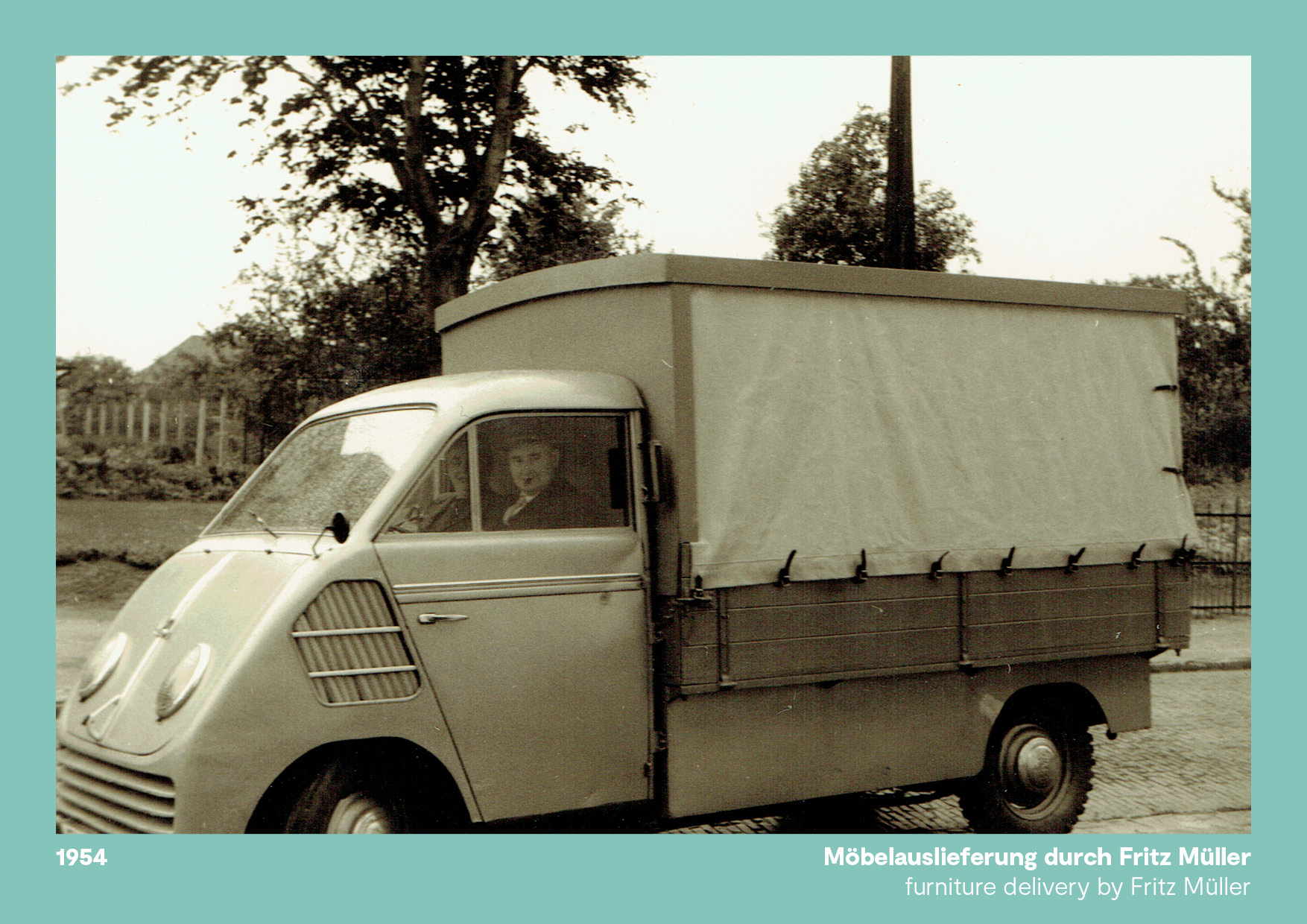 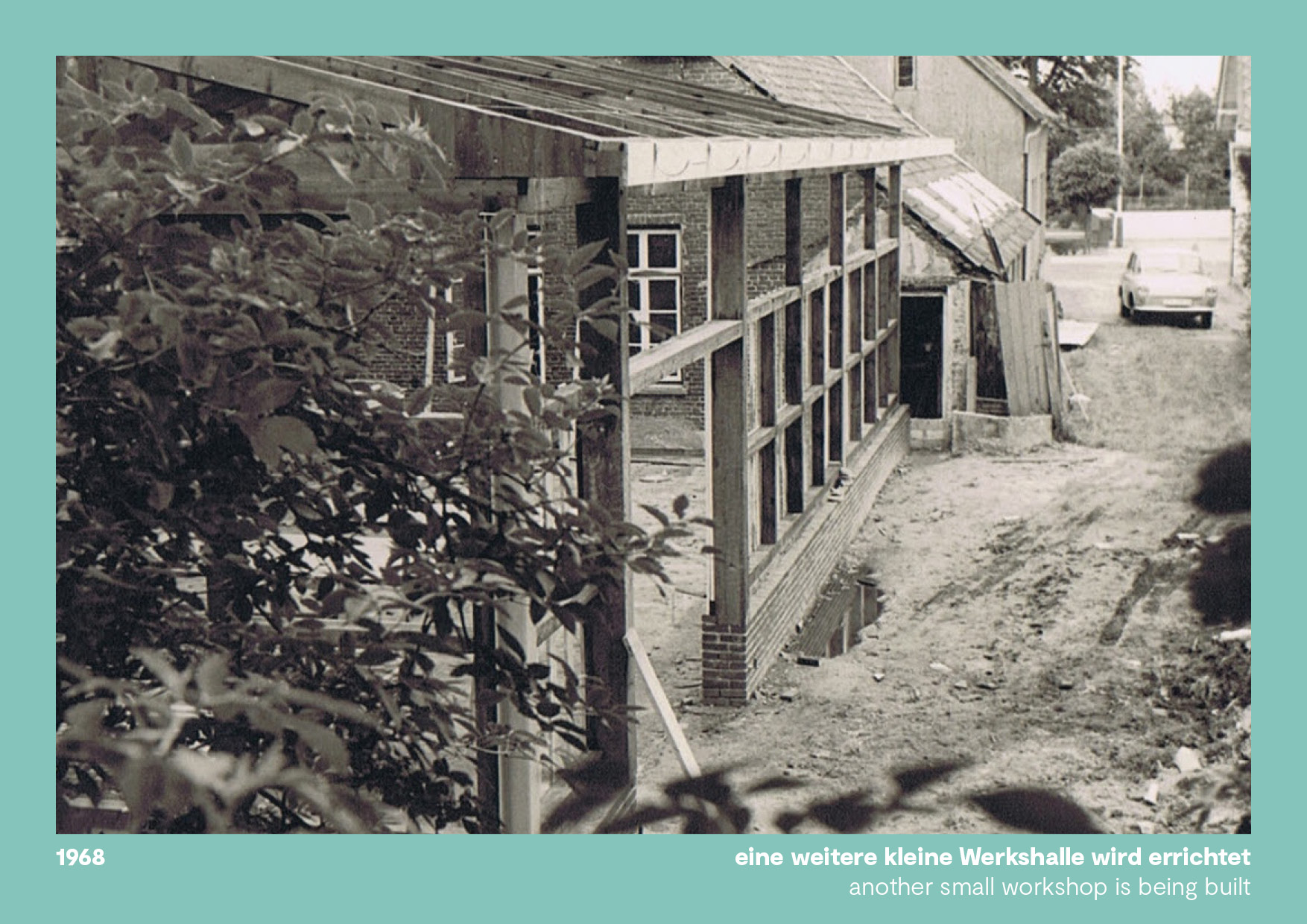 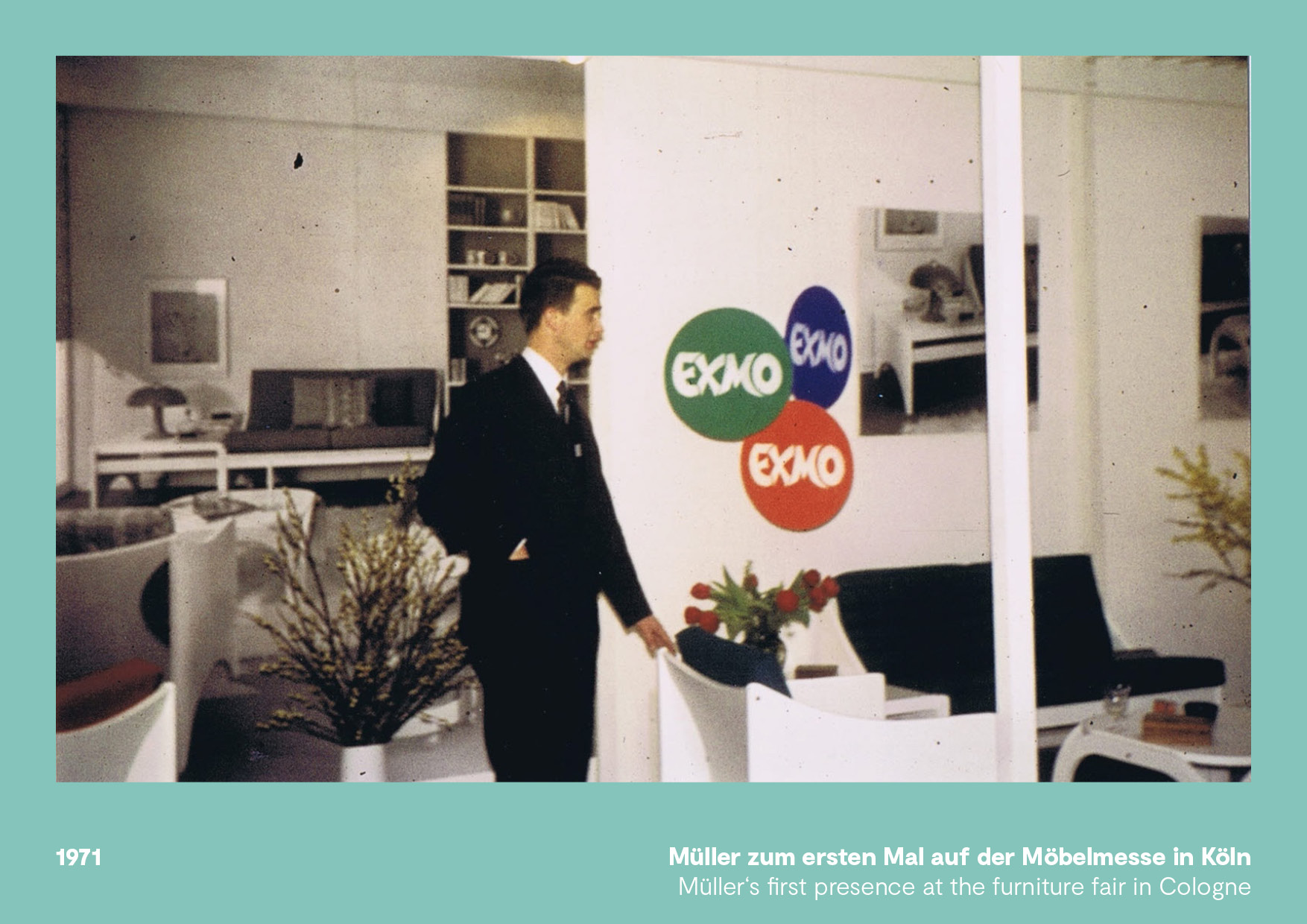 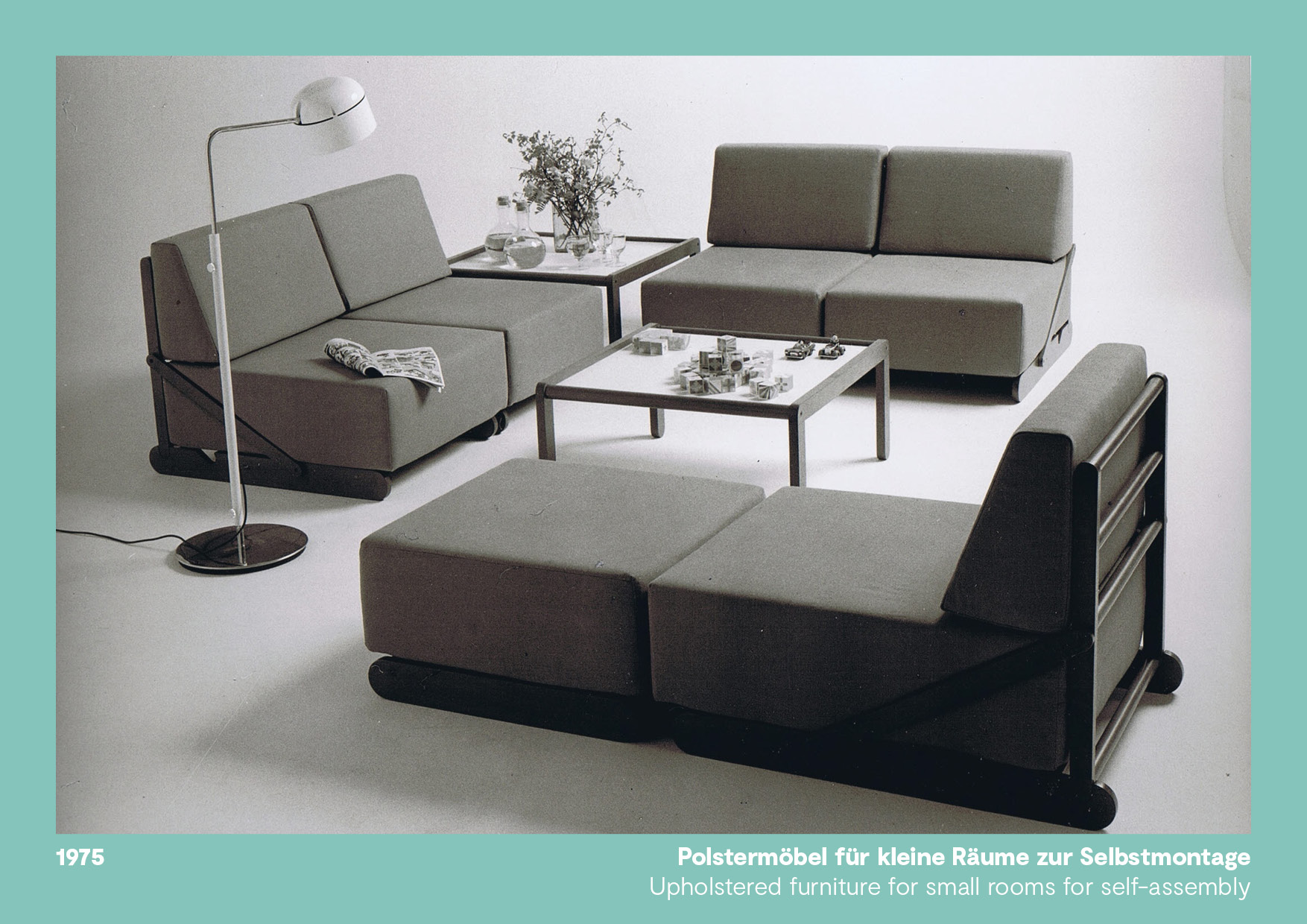 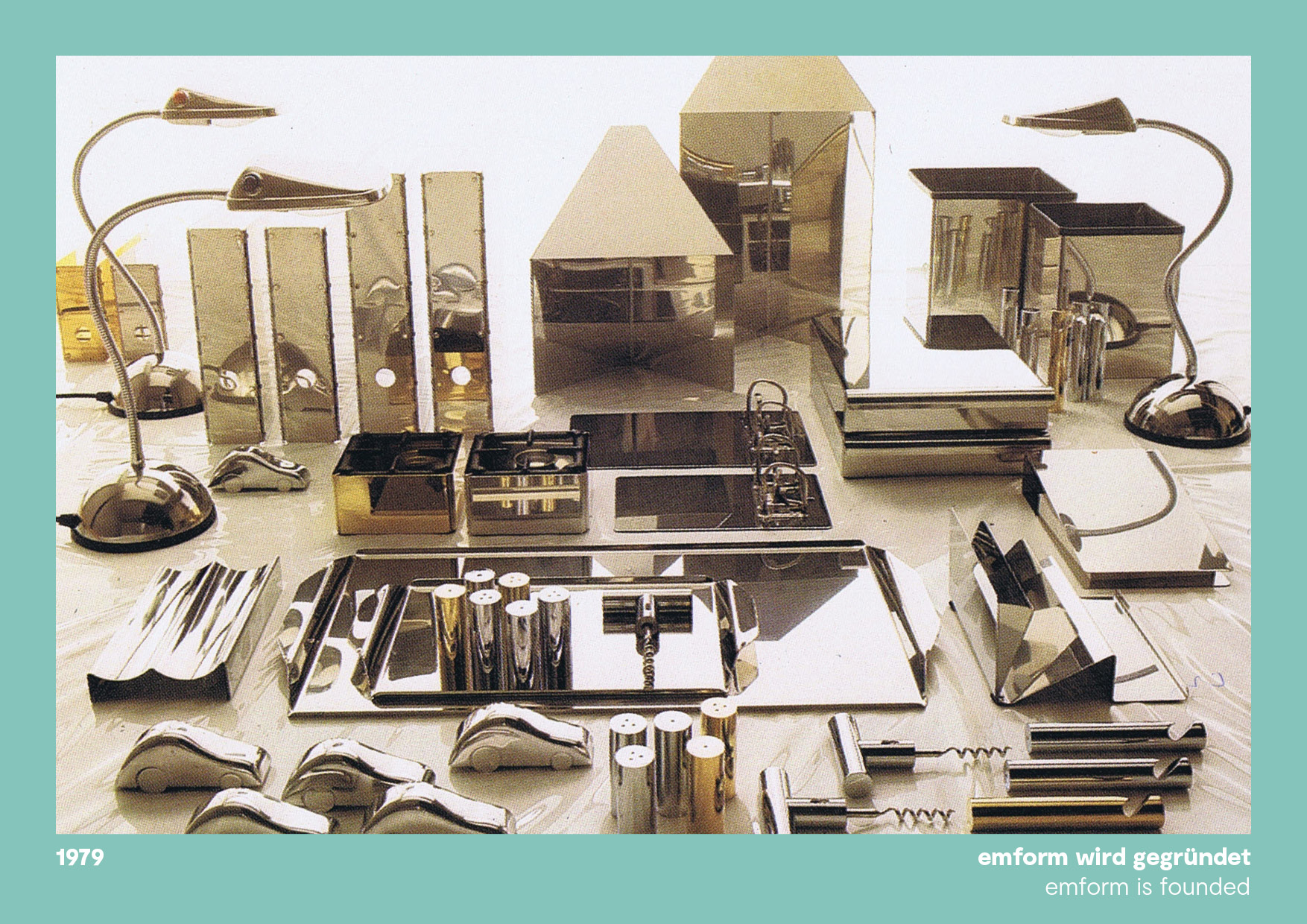 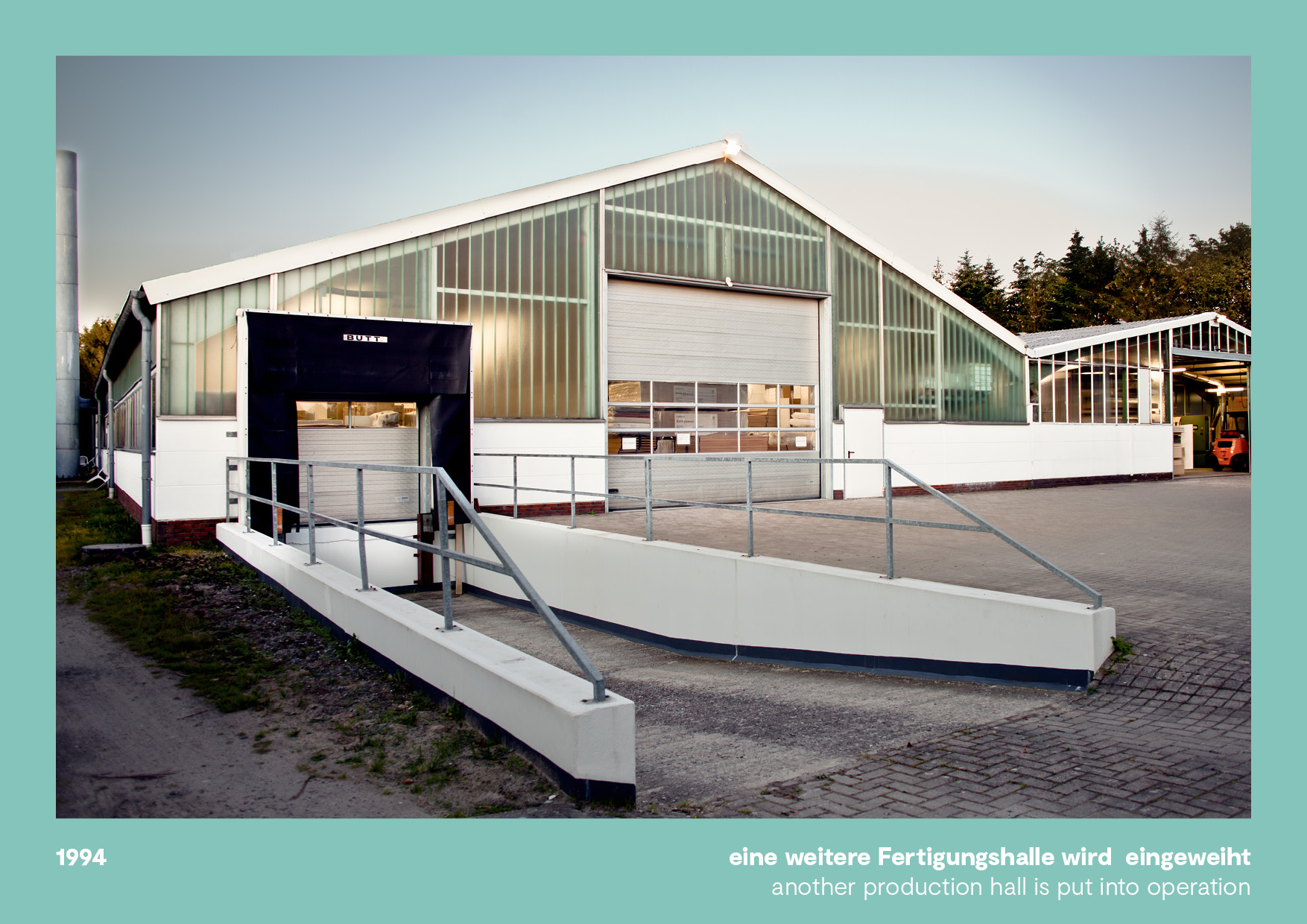 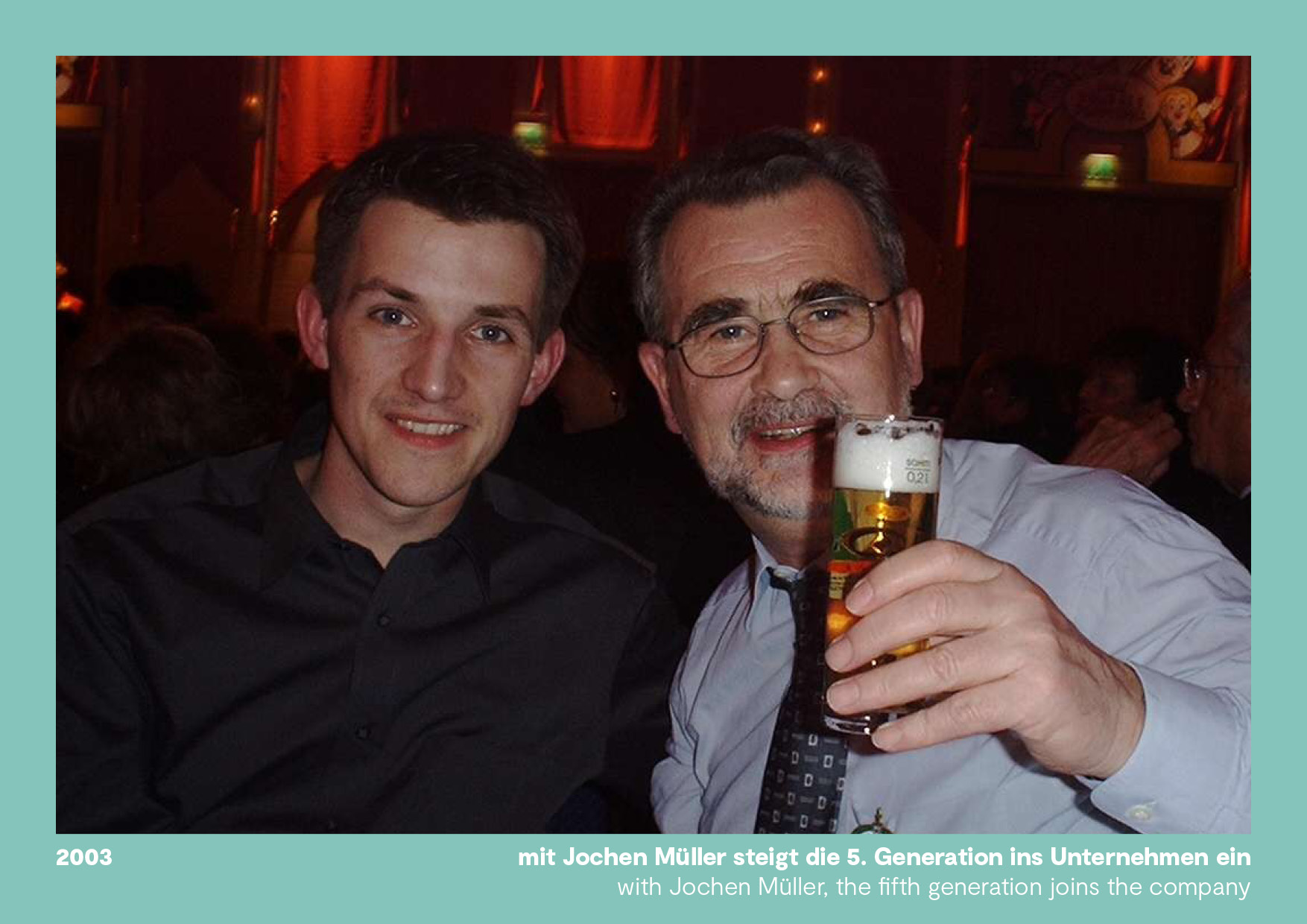 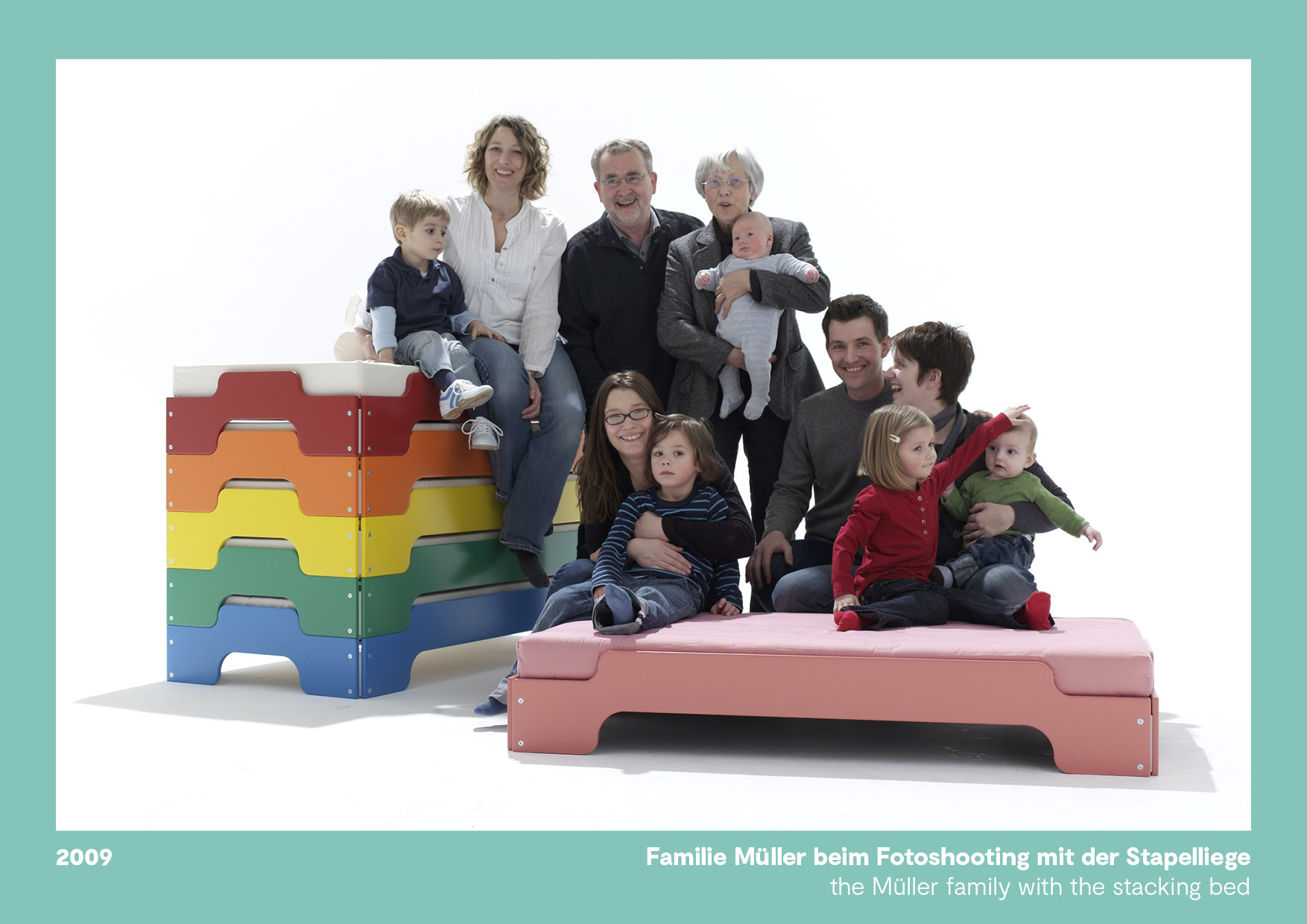 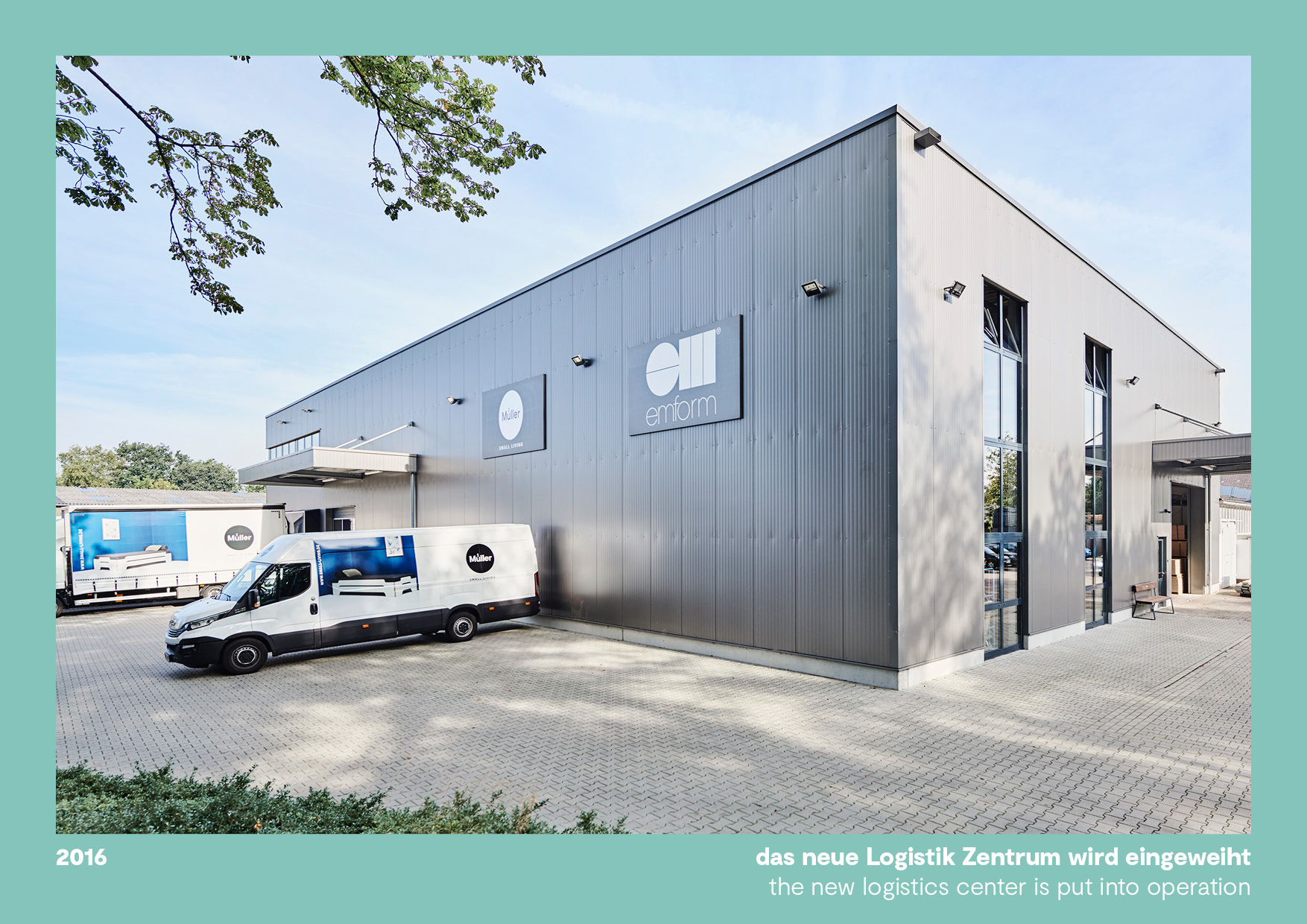 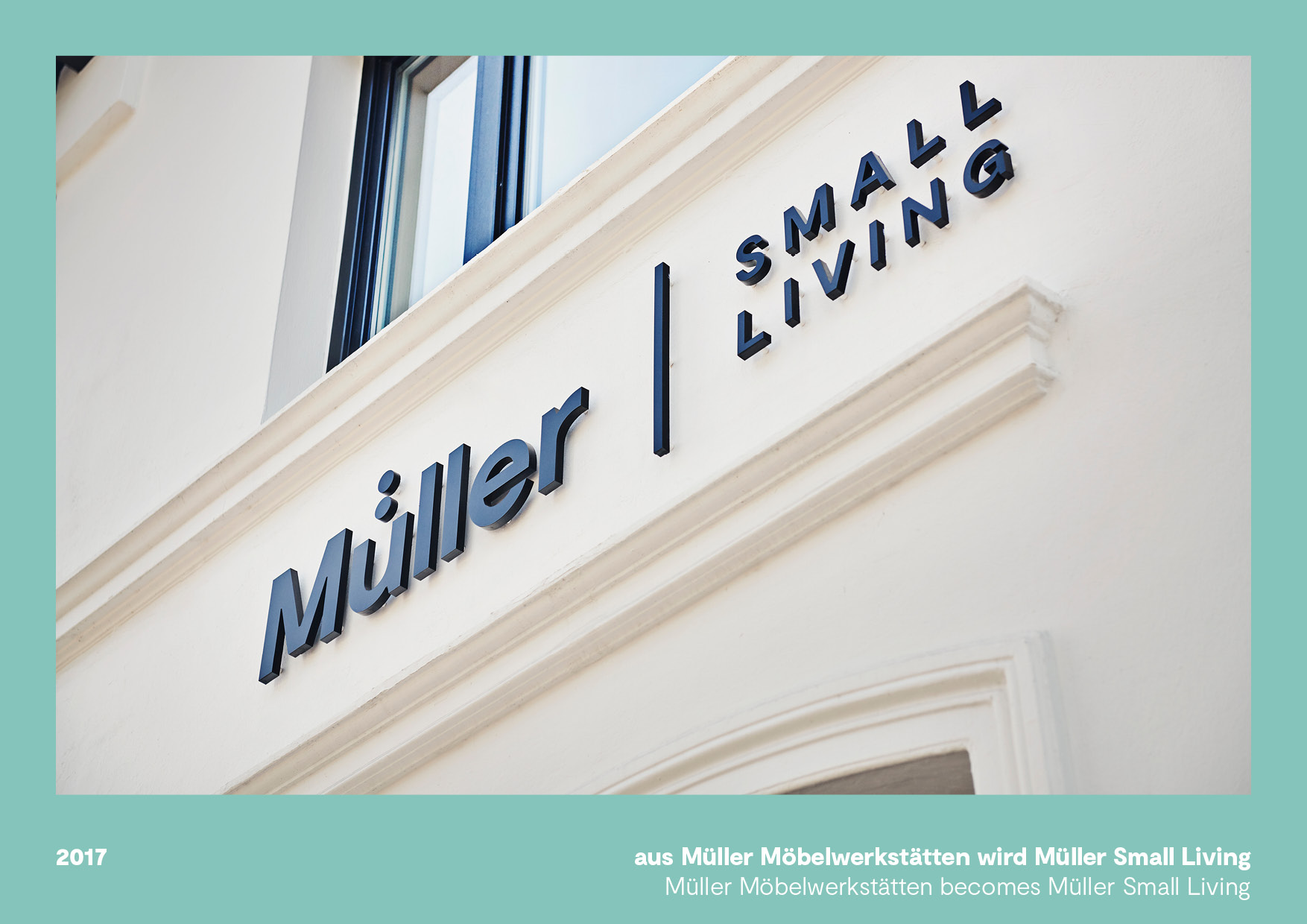 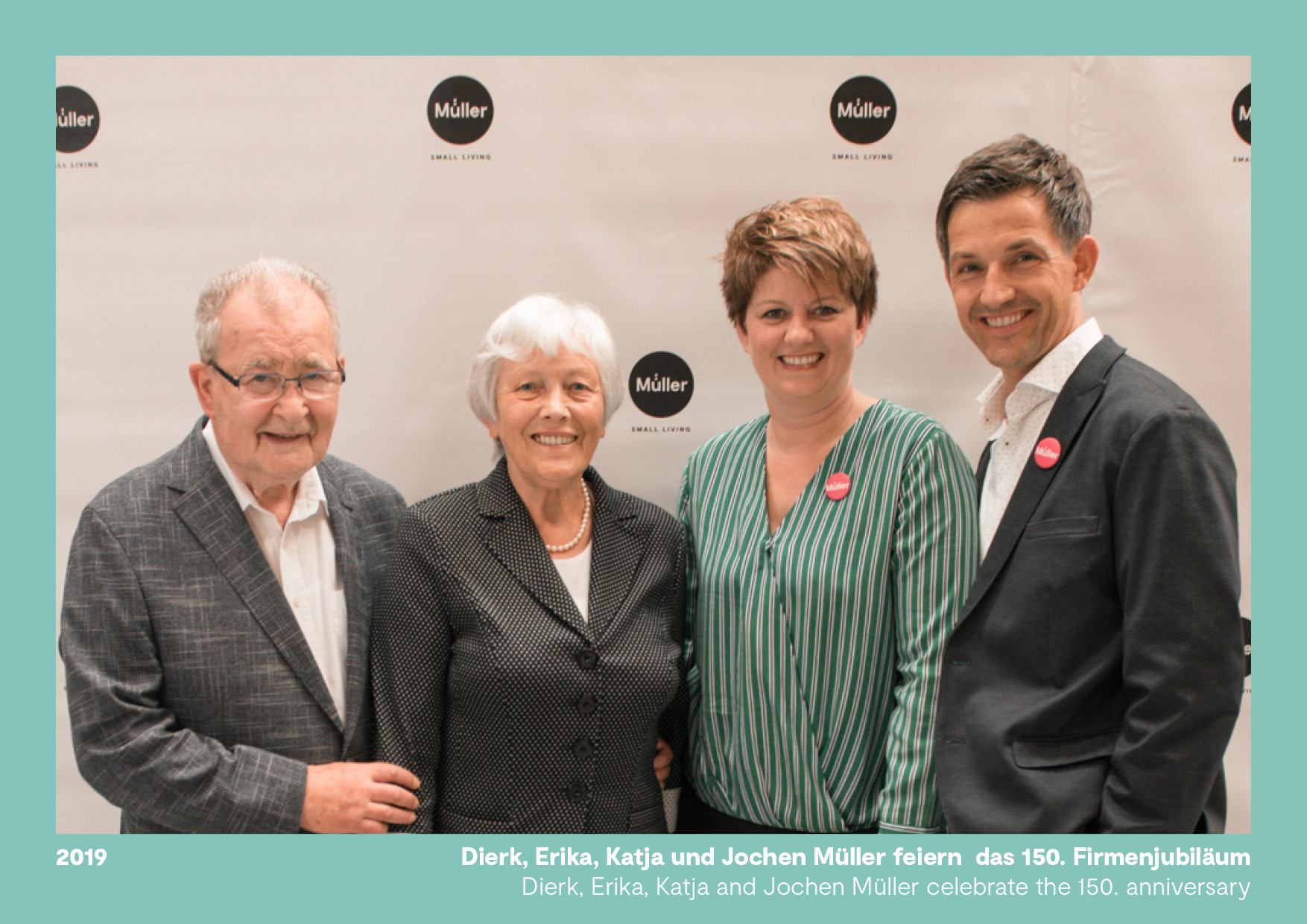 This website uses cookies, which are necessary for the technical operation of the website and are always set. Other cookies, which increase the usability of this website, serve for direct advertising or simplify interaction with other websites and social networks, will only be used with your consent. More information
Decline Accept